In the cave, Nyi (Mrs) Kamiyem and Ki (Mr) Padmo sit on a big stone. Nyi Kamiyem will sing a song and Ki Padmo will beat the drum. Joining them are people called wiyogo which are drummers and other gamelan musicians.     What makes this unique is that they mix gamelan with the sounds of nature. The visitors dance, forgetting all problems.

Many tourists go to this cave. Maybe you are interested in going there too but you don’t know where it is. Gua Tabuhan is located near Pacitan in East Java. It is situated in a lime hill called Tapan, in Tabuhan, Wareng village. The route is easy. Along the road there is beautiful tropical scenery to enjoy rice ﬁelds, coconut-palms and birds.

East of the cave peddlers sell souvenirs. The drink and food peddlers are on the north side. People sell agates on the cave terraces. Somehow, it is like a fair.

It is said that the cave is the only place where nature produces sounds like the music of gamelan. Nyi Kamiyem, a well-known pesinden (traditional Javanese singer) from the village of Gabuhan, who often sings in the cave, does not doubt anything.

Gua Tabuhan did not use to welcome visitors. According to Kartowiryo (90), village elder, Gua Tabuhan used to be a hiding place for robbers. It was believed to be a sacred place. No one dared go inside. However,

Wedana Punung (chief of a district) Kertodiprojo went to the cave to ﬁnd out what was wrong. He found out that the cave was inhabited by the annoying evil spirits. The people chased the spirits away. 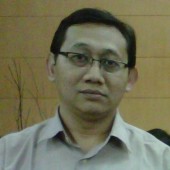